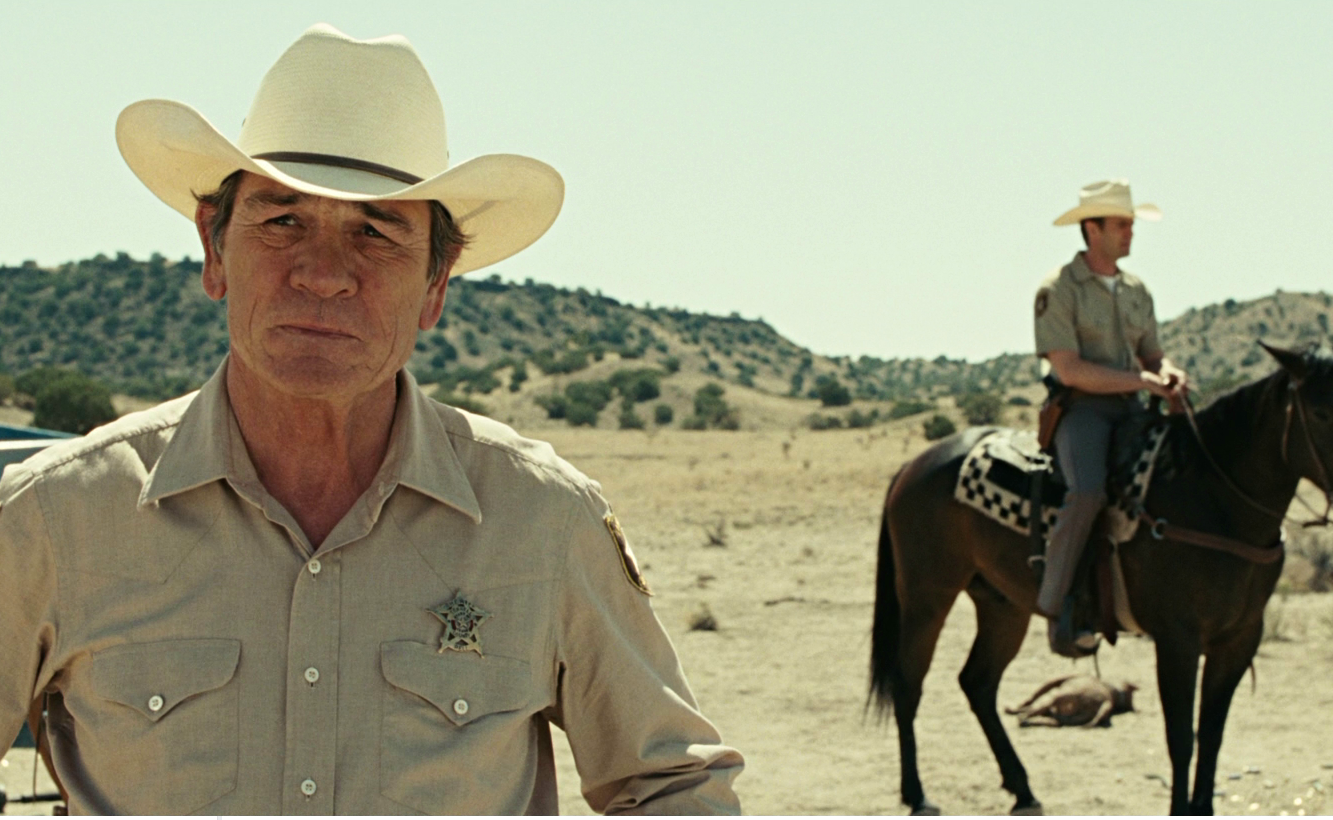 The 10 Best Country Movies of All Time

Before we start talking about the 10 best country movies of all time, let’s define what a country movie is. It’s not a western, as that is a genre of its own. I think it’s safe to say a country movie either takes place in the deep south, or simply features redneck characters that either live in or grew up in a rural area. Our list of good country movies includes gritty movies like No Country For Old Men as well as lighthearted classics like Joe Dirt.

What is your favorite country movie of all time? Let us know in the comments, especially if the movie isn’t already on this list! We know we had to leave some classics off, so we’re curious to hear from you and what kind of country movies you grew up with.

1. No Country For Old Men

A critically acclaimed film from 2007, No Country For Old Men won an Academy Award for Best Picture, as well as three other Oscars best screenplay, director, and actor in a supporting role. Directed by the Coen brothers, the film is hard to describe, as it blends the elements of a western and a classic suspenseful thriller movie. I don’t want to say too much about the plot, but let’s just say it opens with a drug deal gone bad, and there is plenty of action to follow. Cast includes Tommy Lee Jones, Javier Bardem, Josh Brolin, and more.

When talking about the best country movies, how could we not include the story of Johnny Cash, the most infamous country artist of all time? Starring Joaquin Phoenix and Reese Witherspoon, Walk the Line tells the story of Johnny Cash, from childhood all the way up to his performance at Folsom State Prison. The acting is quite good, and Reese Witherspoon even won an Academy Award for her role as June Carter Cash, Johnny’s second wife.

Deliverance is about four businessmen from the city who decide to take a trip into the wilderness of Georgia. I was fortunate enough to watch Deliverance as an adult, but I feel sorry for all the ’70s kids who saw this movie in their younger years. Why you ask? Mostly because there is a scene in this movie where one of the main characters is raped by a psycho hillbilly, but not before being forced to get on his hands and knees and squeal like a pig. Regardless of this insanely famous scene, this is a very good movie, and was even nominated for an Academy Award in 1972. Deliverance is also the movie where dueling banjos is played, in case you’ve ever wondered where that reference is from.

4. Smokey and the Bandit

With a cast including Burt Reynolds, Sally Field, Jackie Gleason and Jerry Reed, how could this not be a great movie? Released in 1977, Smokey and the Bandit is a classic country action comedy movie that features some good old fashion truck driving. If you love beer, comedy, and a whole lot of chase scenes, this a great movie to watch.

It may not be critically acclaimed, but Sweet Home Alabama is a fun country movie that deserves to be on this list. Starring Reese Witherspoon (how many country movies is she in?), this film is a drama/romance/comedy that is probably more geared towards a female audience.

6. O Brother Where Art Thou?

Set during the Great Depression, O Brother Where Art Thou? is a satire that is loosely based on Homer’s Odyssey. Starring George Clooney, John Turturro, and Tim Blake Nelson, the film follows three convicts who escape from their chain gang to find a treasure. It is a modern epic adventure that is quirky, beautifully filmed, and includes an excellent soundtrack that won a Grammy for album of the year.

One of David Spade’s finest works, Joe Dirt remains to this day my favorite country comedy movie of all time. The mullet-sporting Joe Dirt is a janitor working at a radio station in Los Angeles, who tells his story over the airwaves. Dirt reveals he was abandoned as a child at the Grand Canyon, and hopes to find them again one day. This film is full of toilet humor and silly jokes, but if you’re not a stick in the mud then you will definitely love this film.

It’s not often you see one of your favorite country artists star in an actual movie, but George Strait did just that in Pure Country. Released in 1992, Pure Country is a musical western drama that bombed at the box office, but remains a fan favorite for many George Strait fans. The album that came from the movie is still Strait’s best selling album to this date.

Speaking of country artists acting in movies, Tim McGraw has a prominent part in Flicka, where he plays the main character’s father. This film about a girl and her horse will certainly appeal to our equestrian audience, as it’s definitely one of the better horse movies out there. This movie did alright in theaters, but was actually a DVD sleeper that surprisingly did millions in sales after leaving the theater.

How does a film get nominated for 10 Academy Awards and not win a single one? True Grit is a great modern country western that stars the likes of Jeff Bridges, Matt Damon, Josh Brolin, and more. It’s a classic tale of a Deputy U.S Marshal vs an outlaw killer, with plenty of grit and excitement to live up to its name. The film was directed by the Coen Brothers, and executive produced by Steve Spielberg.

18 Incredible Green Trucks That Are Too Cool For Words

19 Sexy Pink Trucks That Any Girl Would Want

The 10 Best Country Songs About Eyes