Have you ever logged into Netflix, picked a movie, and realized the description was actually for another film? The results of these Netflix fails are often hilarious, with innocent shows becoming ultra violent in a humorous way. Other times Netflix will give you bad recommendations based on what you watched- what does Making a Murderer have to do with Monster’s University? That doesn’t make sense Netflix! Go home, you’re drunk!

Some of these genuinely made me laugh out loud, so be warned now that these are pretty darn funny. If something like this ever happens to you, take a screenshot and send it to us! We’ll feature it on the list along with these other funny Netflix fails.

1. This is a cooking competition I would actually watch

3. Man this sequel is a lot different from the original

4. What do Hitler and Elmo have in common again?

5. Monsters University and Making a Murderer?

6. Sure, I guess you could call meth an element of the fairy tale world

7. Who knew the Minions were so violent?

8. I didn’t know Daredevil was about pirates

9. Not even going to touch this one 11. TIL that Nazis were Gay

13. Moses is parting legs, not just the red sea

14. The saddest Disney movie ever made 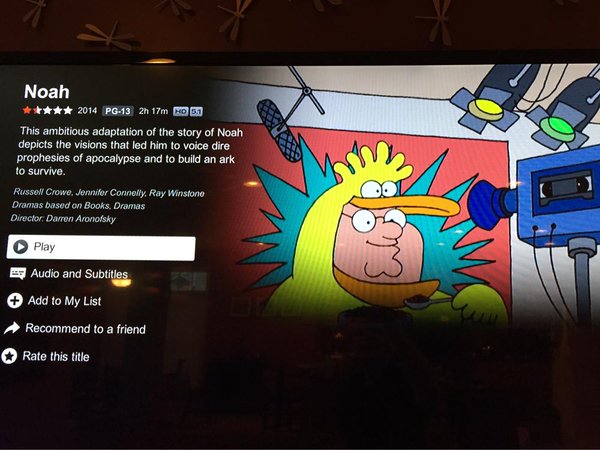 18. If this doesn’t make you laugh out loud you aren’t human

19. The scariest movie of all time if you don’t like Russians