The Best Country Songs About Strength

Featured on Faith Hill’s 2002 album Cry, “Stronger” was written by  Hillary Lindsey and Troy Verges. “Stronger” is a great country song about being strong during a breakup, as the song describes the mutual feeling of loneliness that couples feel after breaking up, and the desire to want to get back together - “And I know that we weren’t right / But I still reach for you each night.” The song’s message is that you both have to be strong during a breakup, and keep moving forward no matter how badly you want to still live in the past.

2. George Strait - You’re Stronger Than Me

“You’re Stronger Than Me” was featured on George Strait’s 2000 self-titled album, which also happened to be his twentieth studio album. It’s a great breakup song for men, as it describes the feeling of a woman you cared for acting like the love was never there. George sings, ” If the love that we knew don’t bother you, darlin’ you’re stronger than me.” I think a lot of men (and women) have felt this at one time or another, when you just look at the person and wonder “how can you just move on from this like it was nothing?”

From her 1993 album Tuesday Night Music Club, “Strong Enough” was a huge hit for Sheryl Crow, peaking at #5 on the March Billboard Top 100 for that year. The song is about a woman who knows she can be a handful at times, who wonders if her man can really be strong enough to handle her at her worse. It’s like the old Marilyn Monroe quote, “But if you can’t handle me at my worst, then you sure as hell don’t deserve me at my best.”

From his fifth studio album Startin’ Fires, “Country Strong” was written by fellow country artist Rhett Akins, along with Dallas Davidson and Ben Hayslip. It’s your typical country pride song that tells describes the farm life and working hard from the crack of dawn to sunrise - “Blue collar in his blood, backwoods in his bones / No doubt about it that boy’s country strong.”

If any of you ladies have ever been burned by a man, “A Little Bit Stronger” is a great song about finding the strength to be get over it and be happy again. Off her 2011 album Stronger, this song tells us that getting over someone doesn’t happen right away, but if you take little steps towards being happy, it will eventually happen - “It doesn’t happen / overnight / but you turn around and a month’s gone by / And you realize you haven’t cried.”

6. Rascal Flatts - How Strong Are You Now

It’s not 100% clear what “How Strong Are You Know” is about, but the jist of the song is as follows: a tough guy thinks that his breakup won’t have any effect on him emotionally, but once his woman leaves he is in shambles. “Before she left you told yourself / It cant hurt that much / Now you’re double over like / You took a punch.” The song was featured on Rascal Flatts 2007 album Still Feels Good.

“Strong Anything” is an awesome song about living life boldly and without regrets. Featured on Katrina Elam’s self-titled debut album, “Strong Anything” is the opening track that sets the tone for the rest of the album. The singer of the song enjoys anything in life that is fierce and bold - “I wanna taste life now so don’t water it down / I love strong anything.”

8. Lee Ann Womack - Stronger Than I Am

From her 2000 album I Hope You Can Dance, “Stronger Than I Am” is a heartbreaking country song about a single mother. After her daughter’s father leaves them, she admits to herself that her young daughter is stronger than she is, thanks to her being a naive child - “Lately she’s so busy growin, I don’t even think she knows you’ve gone away.”

“Strong Enough to Cry” by Lorrie Morgan has a simple message for the men of the world - it’s ok to cry. From her 1999 album My Heart, the song has lyrics like, “If you let a tear roll down your cheek / Honey, that don’t mean you’re weak / You’re just strong enough to cry.

The self-titled track on her 1988 album Strong Enough to Bend, this song by Tanya Tucker uses the tree in her backyard as a metaphor for her relationship. “When you say something that you can’t take back / Big wind blows and you hear a little crack.” The lesson to be learned from this song is that relationships take compromise, and you need to be strong enough to bend if you want love to survive.

The Top 10 Country Rappers of All Time 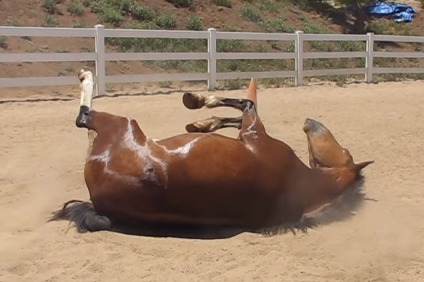