One of Garth Brooks’ most popular singles of all time, “Unanswered Prayers” was released on his famous 1990 album No Fences. Although the song sounds sad by its title, it’s actually a happy song about how God has plans for us all. In the song, Brooks runs into his old high school girlfriend, and realizes that although he had prayed that they would be together forever, that God had greater plans in giving him his beautiful wife.

Just as the title suggests, the message of this song is that you only need to pray to get in touch with the lord and be accepted into heaven. The lyrics are very simple- “If you go, if you go to church on Sunday / you get down on your knees and pray / and give your heart and your soul to Jesus / Heaven’s just a prayer away.” The takeaway of this great country song about praying is that anyone can be accepted into God’s arms, as long as you let him.

Dating all the way back to 1939, “My Prayer” has been covered by a multitude of artists, and Roy Orbison’s version stands out as one of the better ones. The song is simple- the singer is praying that when he dies, that he will spend eternity with his beloved.

From their 2001 album Open, “Thousand Year Prayer” by Cowboy Junkies isn’t a traditional country song, but it’s a pretty song that we wanted to have on the list. If you’re unfamiliar with the band, they are fronted by Margo Timmins, and her voice is beautiful on the song.

5. Conway Twitty- Who Will Pray For Me

“Who Will Pray For Me” is a said song about someone who is afraid to lose their mother, who also happens to be their only connection to the lord- “My rough and rowdy ways have kept me from his grace / But there’s hope for me ’cause momma’s faith is strong / Shes the only hope I’ve got to keep me in touch with God / But who’ll pray for me when mommas gone?”

Originally written by country legend Bob Wills, Willie Nelson is one of the few country artists who covered “Maiden’s Prayer.” The song appeared on his 1975 album Red Headed Stranger,

7. Jaron And The Long Road To Love - Pray For You

A huge country hit in 2010, “Pray for You” by Jaron and The Long Road To Love was featured on their debut album Getting Dressed in the Dark. Although most of the country songs about prayers on this list are worship songs or positive songs, “Pray For You” is actually a pretty dark song. The singer has been wronger by his ex, and is letting her know he’ll always pray for her- pray for bad things to happen to her that is- “I pray your birthday comes and nobody calls / I pray you’re flyin’ high when your engine stalls / I pray all your dreams never come true / Just know wherever you are, near or far, in your house or in your car / wherever you are honey, I pray for you.”

8. Loretta Lynn- Where I Learned To Pray

One of Steve Earle’s most famous songs, “Tom Ames’ Prayer” tells the story of an outlaw who has lived outside the law since he was 10 years old. We don’t want to ruin the story of Tom Ames for you, so you’ll just have to listen to the song yourself.

The Elvis Presley version of this classic is sung beautifully by the king. “Let us Pray” is a simple praise song, but it’s an amazing song that you have to hear- “Come praise the Lord for He is good / Mmm come join in love and brotherhood / We’ll hear the word and bring our gifts of bread and wine / And we’ll be blessed beneath the sign.” 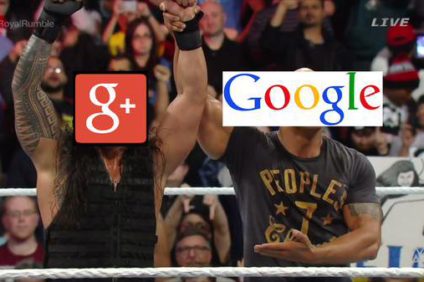