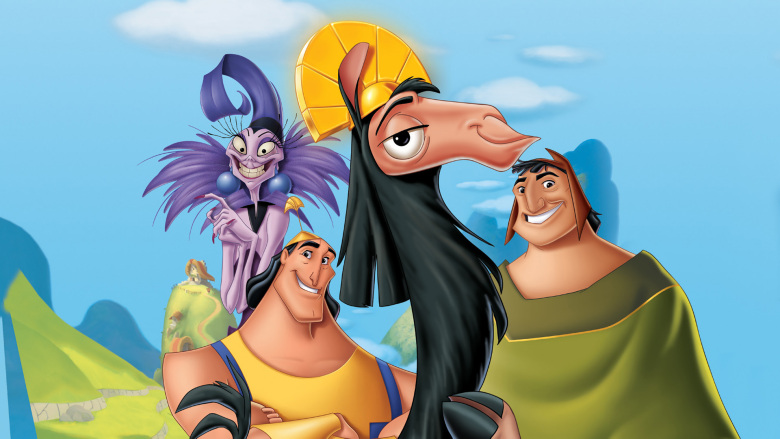 From classics like Robin Hood to 90s gems like Mulan, the best Disney movies streaming on Netflix are timeless films that will always be perfect to watch with your family. This list is updated monthly, so use this as your Netflix Disney guide for new 2016 titles coming to the service. We’re starting with 10 good animated Disney films on Netflix, but we’re going to add titles as they come in. Is your favorite Disney movie on Netflix? There are too many missing to count, but the films that Netflix does have are all must-watch movies for Disney fans.

Although there are a lot of great Disney movies that aren’t on Netflix, 4 of the 10 films from the Disney Renaissance era are currently streaming on Netflix. If you’re unfamiliar with this reference, the Disney Renaissance refers to the years between 1989-1999 when Disney animated features made a huge resurgence. The films from this era on Netflix are the final four- The Hunchback of Notre Dame (1996), Hercules (1997), Mulan (1998), and Tarzan (1999).

Run Time: 1h 28mWhen Mulan first came out, it challenged the norm of the “Disney Princess” by presenting the audience with a very strong female lead who was anything but dainty and helpless. This movie is perfect is you have young daughters, as it teaches them that girls can be just as strong as boys. Voice actors include Eddie Murphy as Mushu, the hilarious little red dragon, and Chinese born Ming-Na Wen as Fa Mulan. As with any Disney movie on Netflix, Mulan has some great songs, including the popular “I’ll Make a Man Out of You.”

What happens when an alien crashes down on planet earth and befriends a young girl who thinks he’s a dog? You get Lilo & Stitch, the 2002 Disney movie that was one of the last Disney animated films that was made without 3D animation. Stich was presented to the audience as a complete departure from the usual cute and charming characters that Disney is known for, resulting in a fresh movie that was critically and commercially well-received. Lilo & Stitch is a cute and hilarious movie, but watch out- it gets pretty sad at a certain point.

He’s stronger than 10 men, and has the heart to match. Disney’s Hercules is a spectacular comedy adventure movie with a star-studded cast. James Woods plays the evil Hades, while Danny DeVito provides comic relief as the loveable half-human half-goat, Phil.

One of the highest grossing American movies when adjusted for inflation, Fantasia is just about as classic Disney as you can get. The beautiful animations set to the scores of classical music will take your imagination to places it’s never been. Although most will recognize The Sorcerer’s Apprentice the most since it stars Mickey, there are seven other animated segments in the film as well, including Disney’s take on the Nutcracker Suite. This is really a movie with a story like the other films on this list, but rather a work of art that is meant to be appreciated on a different level.

5. The Hunchback of Notre Dame

Based on the novel of the same name, The Hunchback of Notre Dame was a huge hit for Disney in 1996. It is considered to be one of Disney’s darkest animated films, but it’s nothing that a kid can’t handle considering it’s rated G. The story follows the hunchback Quasimodo, who has been living in darkness in a cathedral for 20 years, and his dream to live in the outside world and be accepted by society, despite his appearance.

The final film in what is considered the Disney Renaissance-Era, Tarzan first hit theaters in 1999, and ended up being a massive commercial success (made nearly $500 million worldwide.) Tarzan is a visually stunning film that tells the story of a boy raised by gorillas, and what happens when he finally meets humans for the first time. There is romance, plenty of action, and a great message about family and unity when everything comes together at the end.

It’s not the original from 1995, but An Extremely Goofy Movie was actually a pretty good sequel overall. Max finally turns 18 and goes away to college, but is horrified when he discovers his dad Goofy will be joining him (who knew Goofy never finished college?) If you’ve already seen the classics a million times and are looking for something fun to throw on, this is definitely not a bad pick by any stretch of the imagination.

Regarded as one of the best Disney movies of the post-renaissance era (1989-1999), The Emperors New Groove is a hilarious buddy comedy told through in a way that only Disney can tell. In the film, the bratty and entitled Emperor Kuzco (17 years old) is accidentally turned into a llama, resulting in some hilarious situations and laughs that you can definitely still appreciate as an adult. The voice acting is tremendous, with John Goodman, David Spade, Eartha Kitt, and Patrick Warburton all lending their voices to the film.

This is the wonderful classic you remember as a child- the story of Robin Hood and his sidekick Little John (who really isn’t so little.) The story a Robin Hood is a timeless classic- he steals from the rich and gives to the poor, all while avoiding the nefarious King Richard and his army. This film might be quite old, but it’s beautifully animated and can still capture the attention of any young child, even now in 2016.

10. The Many Adventures of Winnie the Pooh

Ok fine, it’s not a traditional Disney movie like the rest of the films on this list, but The Many Adventures of Winnie the Pooh is a wonderful movie that really launched Winnie the Pooh to a level of recognition that made it a household name. The film features mini featurettes set to music, including Pooh, Piglet, Tigger, Christopher Robin, and all your favorite Winnie the Pooh characters. If you have a child that isn’t familiar with Winnie the Pooh, definitely throw this one on for them- they’ll probably love it! The Top 10 Country Songs About Dying & Going to Heaven The Best Country Songs About Tomorrow