For years, Burger King has played second fiddle to McDonald’s. These hilarious Burger King memes encompass all sorts of topics, from BK’s creepy mascot to the weird food they’ve put on their menu over the years. Some of the memes about the Burger King mascot are really funny, especially since BK purposely marketed him to be kind of weird. I have to say I never really ate at BK much as a kid- my parents always took me to the golden arches. However there were a few pros about Burger King that McDonald’s didn’t have. Remember in 1999 when Burger King had those awesome Pokemon toys? There’s a meme or two about that on this list as well.

Remember the black whopper that had black buns? There is a really funny meme about that below, as well as many other great images that will have you cracking up. Highlights include Tyrone Biggum being addicted to Chicken Fries, the incompetence of Burger King’s employees, and more. 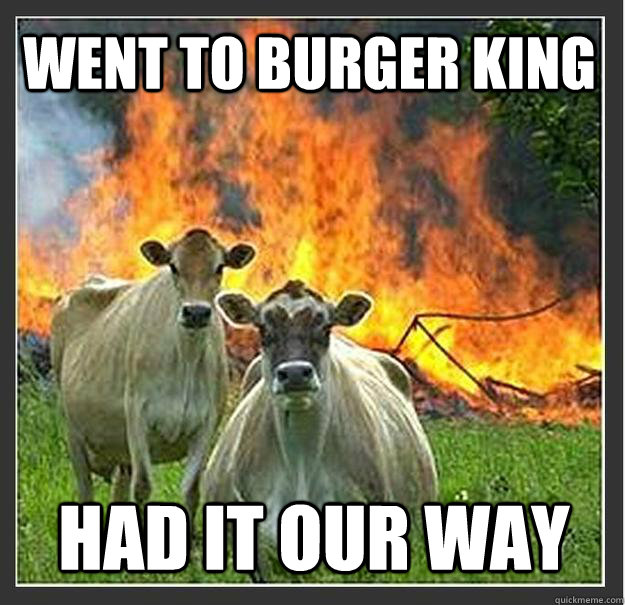